Genowefa Ruman was born in Jastrzębik in 1949. She had eight siblings. Their parents were working hard to provide for the family. They moved to Jastrzębik from Zaorzyn in 1949, when World War II was over. It was still hard to survive, but the family members were supporting each other. Children were playing with neighbors’ children, sharing food, and helping each other. Despite the difficult times, Genowefa has warm memories of her childhood and youth. As a teenager, she moved to Krynica-Zdrój to live with her aunt. There she was attending gastronomy school and later started working. She got married in Krynica-Zdrój, and she still lives there.

MRSG: When Germans were stationed here, she (the neighbor) was their sewer. And, because she was sewing for them, she had everything for her children. But about the Soviets, I heard nothing. And what do you want to hear, Gabriela?

ME: What do you remember most about the times of the war, and after the war?

MRSG: Everything I remember about the times of the war is what I heard from my mother because I was born after the war. At the time when the war started, in 1939, they [Genowefa’s family] lived in Zagorzyn. By then, two of my brothers were born. In 1943, there was one more brother, and then a sister in 1944, and then two other brothers in 1947, so there were five of them. So I remember that during the war there were small children, and my father had to leave for a camp [a forced labor camp] in Nowy Sącz. At that time the oldest brother was just three years old. That’s awful. I remember that my mother told me, how my brother ran after the Germans and asked them to let the father go. I can’t help crying when I start telling about that. My brother took an oatmeal cake from the stove and ran after them crying: “Daddy, take this!”, “Don’t take my daddy away!” One of these Germans stepped aside from that group of Zagorzyn villagers—I think he had a kind heart—and told my brother in Polish that the father would come back. He still remembers that! And indeed, the father came back, they let him out in three days. And all the rest of the group were taken away and never came back to the village. Somehow that German’s kind heart saved him. So they stayed in Zagorzyn till 1949. Would you like me to tell you about the bombing, and how the bridge was blown up?

MRSG: So, my father was always going somewhere to earn some money for us, children. And my mother would escape. When the bridge was bombed, she escaped to the forest, to a kind of shelter. At that time my sister was three months old, and they spent a couple of days there. When they came back home, when everything was over, the German bombing of Zagorzyn… They had owned three cows before. And when they came back, there was only one cow left. My mom milked that cow, to feed her little daughter because the only thing they had to eat was „kapuśniarka” (sourcrout juice). Later, the Germans took away even that last cow. But when the war was over, in 1949 the family managed to buy another cow and a horse. They lived in a three-room house. There were three separate families with children, families of my mother’s siblings. My mom was pregnant with me, it was April 1949, when they took all the children to a horse cart, and went together from Łącko to Jastrzębik; the cow walked after the cart. There, there were empty houses, in which the displaced Lemko families had lived. Only four families were left in Jastrzębik. But the homes that people left were terrible, very small, lousy… Here, there was one room on top of the basement—a kitchen, a porch, and a cold room. So all of us lived in that room and the kitchen; the kitchen was quite big. I was born in May. Later, the cooperative society was established, but I don’t remember the year exactly.

When the cooperative societies started to operate, my father had some office in the management, while my mother and the oldest brother were milking cows. Another brother was grazing cows, and we were grazing sheep. I was four or five years old, and that was when we started working.

ME: In such an early age?

MRSG: Yes, in such an early age. We went there… Because the more we worked for the cooperative, the more man-days we got. And then some share of the goods was allocated, we got some potatoes, some grains, always a lot more. We were helping neighbors, families with children. My mother would bake bread, and we would bring them some. Later, when a primary school started in Jastrzębik, there were eight of us already; our mother, on top of working for the cooperative, started working for the school as a janitor. She was earning 150 PLN at school, I remember it was a very hard time. Children were staying at home alone, taking care of each other. Our mother didn’t have time, she was working from morning till night. And it is said that there was some scary thing haunting the village… Would you like me to tell you about that?

MRSG: Now one can’t see it anymore. It was even described in that book about Muszyna, a book of stories. There was a headless horse running about the village, and in the end, it always turned to the graveyard. People prayed a lot because there were lots of people killed by the Banderites. But that scary thing could only be seen at night and in the morning twilight.

ME: And do you remember anything about the Germans or the Soviets?

MRSG: The Germans, in Jastrzębik… The war was over, so nothing was left. Only the Lemko people were coming back, threatening to kill us and get their homes back.

ME: And who told you about those things?

MRSG: Our mother. We would sit down in the evenings, and she would tell us lots of things. Maybe I don’t remember much because of my age, but she really told us a lot. And a piece of bread with water and sugar was our delicacy, better than ham, or shrimps, or anything! Our mom baked us bread. We were poor all the time, the children didn’t have their own shoes, a pair of shoes had to be shared with others. But there was an amazing feeling of unity! My first own shoes were green, with perforation holes, very beautiful. I still can see them in my head. I got them from my godfather—a church deacon—when I was five. Thanks to the pastoral visits with the priest after Christmas, he usually had some small change to give me. I kept those coins for many, many years in a noodle box. Our mother made us dolls from rugs. In any case, our parents were very kind. We were always clean and good-looking. I wonder where our mom got so much energy to do all that. Our neighbors also had lots of children: nine children here, ten children here, nine children over there. There were lots of children in the neighborhood, and we loved each other like siblings. The times were really hard, but we overcame them somehow.

ME: I understand. So, in general: what are your best childhood memories?

MRSG: Something I remember best from Jastrzębik, from the times when we were kids – Saint Nicholas. No one wanted to sleep, everyone stayed awake to see who would bring presents. Our family was poor, but we always got presents. There were sugar figures of Saint Nicholas on a motorbike. And tangerines, sweets that our mom would bring to everyone in her apron. We saw her doing that, but we believed it was Saint Nicholas. I remember it, it was very sweet that we always got presents. Having received wages from the school, dad would buy a kilogram of strawberries and give some to each of us. What a delicacy it was! And if he had time, he always played with us a lot. He was taking us to the forest, showing us nature, explaining everything. He had skills for everything. What else can I tell you from my best memories? The Christmas Eve was very sweet, too. All of us sat by the table, eating from one big bowl. What else? The worst experience was the first illness of our father.

ME: That’s exactly what I wanted to ask: what is your worst (or saddest) memory?

MRSG: As I have said, our father got ill. It happened after a horse kicked him. The doctor said there was no hope for him, and we had to get ready for his death. I saw in a dream that he would not die. A beautiful dream, I still remember it. It was a long-lasting treatment, but our dad got better. We were praying a lot, and we were so happy! It was after the war. And from the war memories shared by our mother, I know that our uncle died, during a bombing. It was my mother’s brother. They forced him to leave, together with my father, but the father came back, because that German let him go.

ME: Was there anyone in your family who went to war?

MRSG: No, no one. The aunt with whom I lived here, and her husband had to work in Germany, for a Bauer—I don’t know if my pronunciation is correct—they spent five years there. But the conditions were good. And here, in Krynica…

ME: Did you tell these stories to your children?

MRSG: Yes, they know everything. My mom told me, and I told my own children. More than I am telling you now. Because, you know, it is hard to tell something this way (meaning, so fast). I told different things, slowly…

ME: Do you have any photos from those times? Do you keep any items?

MRSG: Photos—yes, but I don’t keep them. My daughter, the one who lives in Sącz now, she has them. Wait! Someone actually went to war, it was my father-in-law. He spent quite a lot of time there, but he came back home. They lived nearby, in Słotwina. And in Krynica-Zdrój there always were a lot of Jews at that time. They owned hotels, shops, etc. And my mother-in-law worked for them. My father-in-law also worked for a Jew—he was driving a horse-drawn barrel with beer, from Grybów to Krynica-Zdrój, to the guesthouse or tavern. The food and accommodation were provided.

The Jews were very rich, they offered loans. Oooh! And here, in this house, Nikifor once stayed for a week. Have you heard about Nikifor*? He was here, in this hut! I have some photos here, you can take a look!

* Nikifor Krynicki (real name: Epifaniusz Dworniak)—A primitivist painter of Lemko origin. He spent most of his life in Krynica-Zdrój. He was discovered by a Ukrainian painter, Roman Turyn, in 1930. It is said that he was intellectually disabled, and he had speech impediments. He got no education. During Operation Vistula in 1947, he was displaced three times, each time coming back to Krynica. Finally, the city government let him stay and gave him a fake ID with the name Nikifor Krynicki. Nowadays there’s a museum of Nikifor’s art and his monument in Krynica-Zdrój. Another monument of him can be found in Lviv, Ukraine. 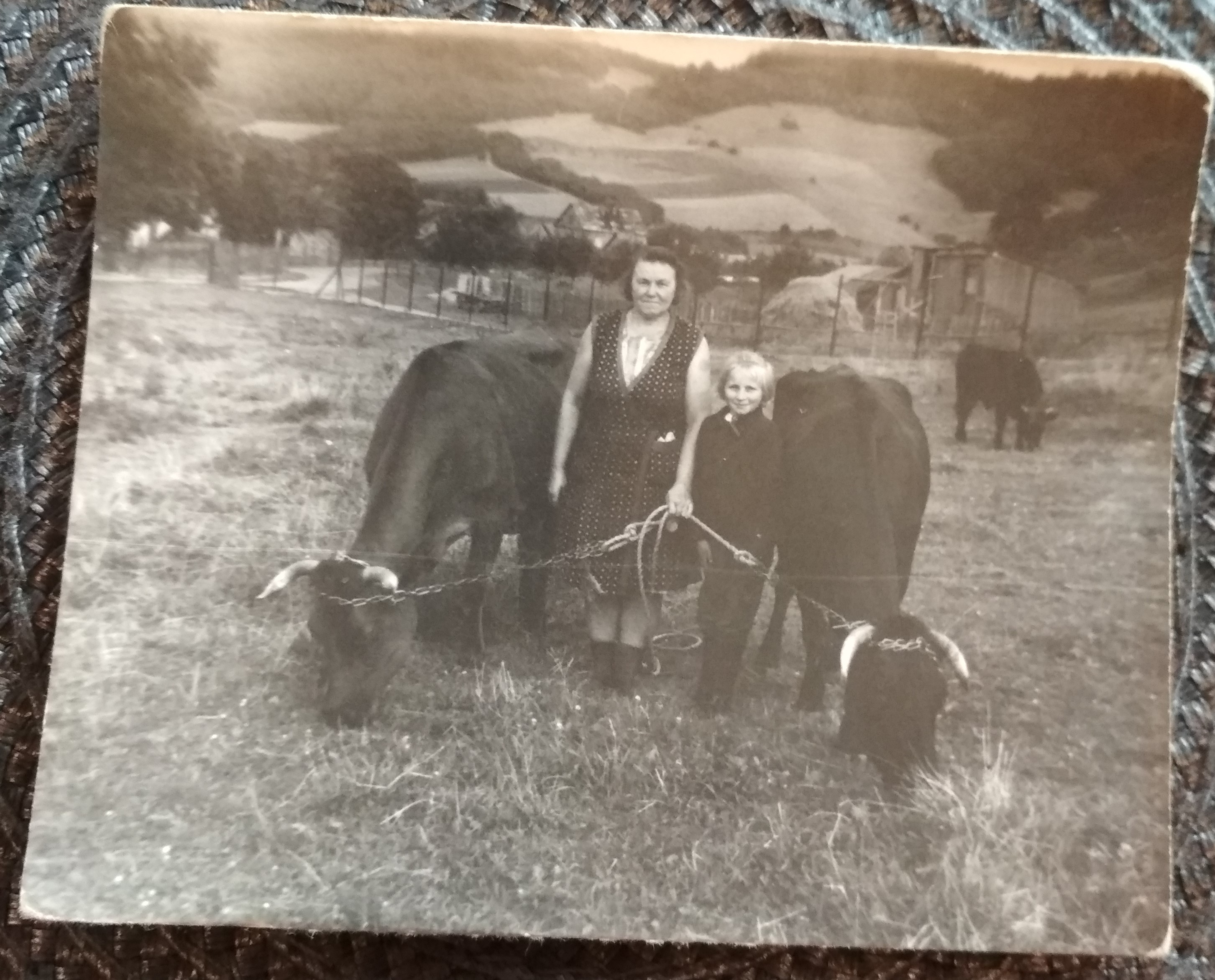 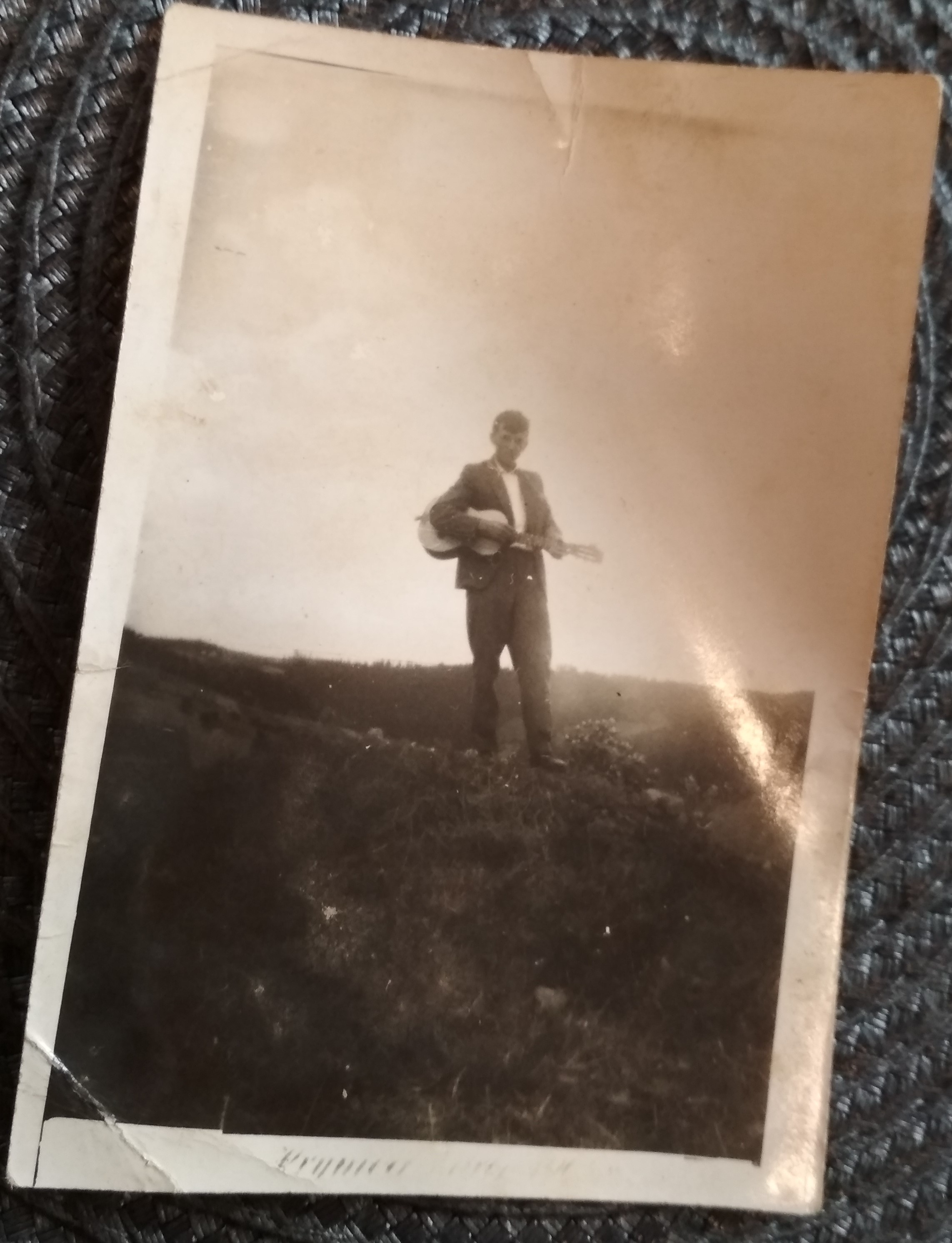 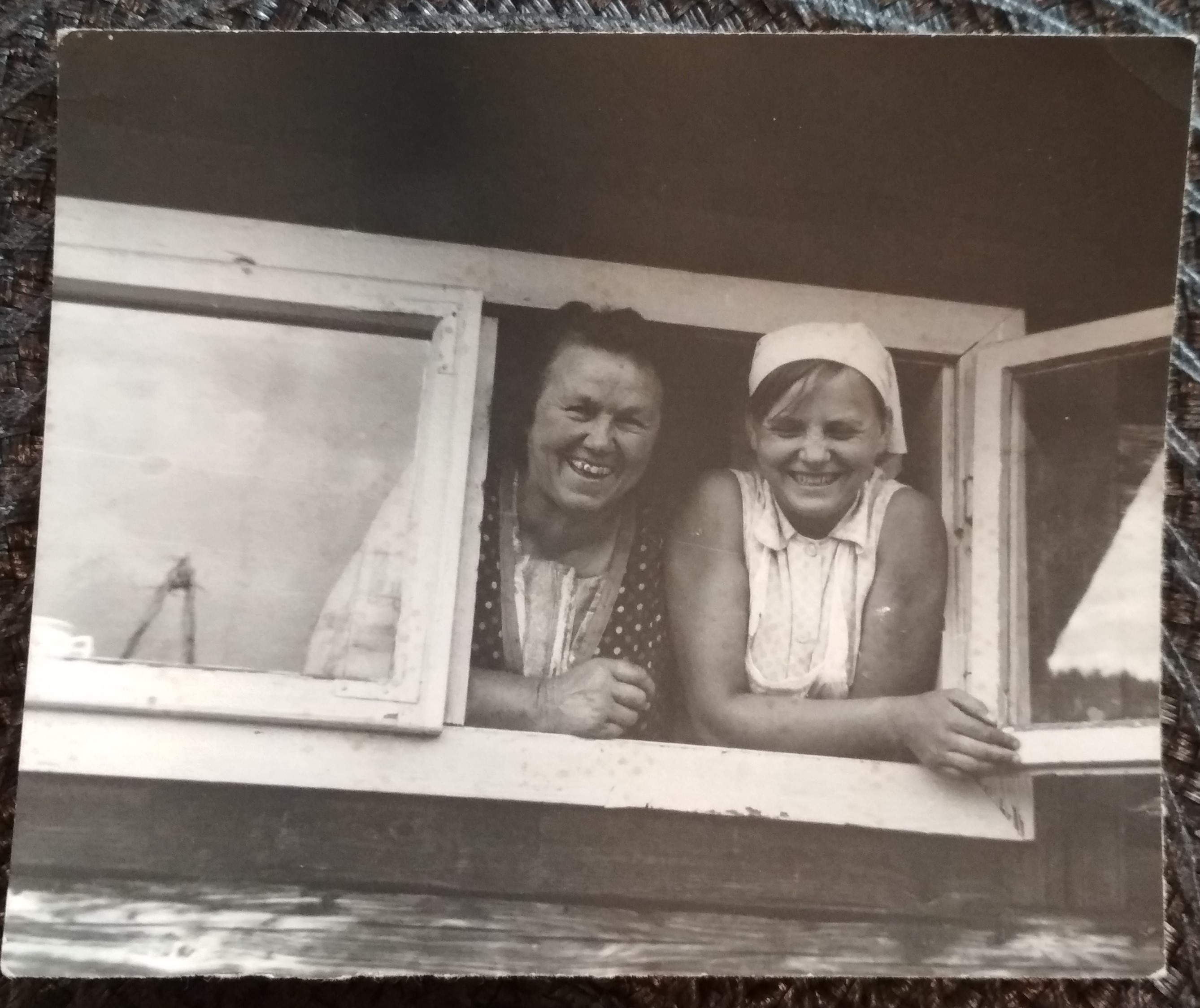 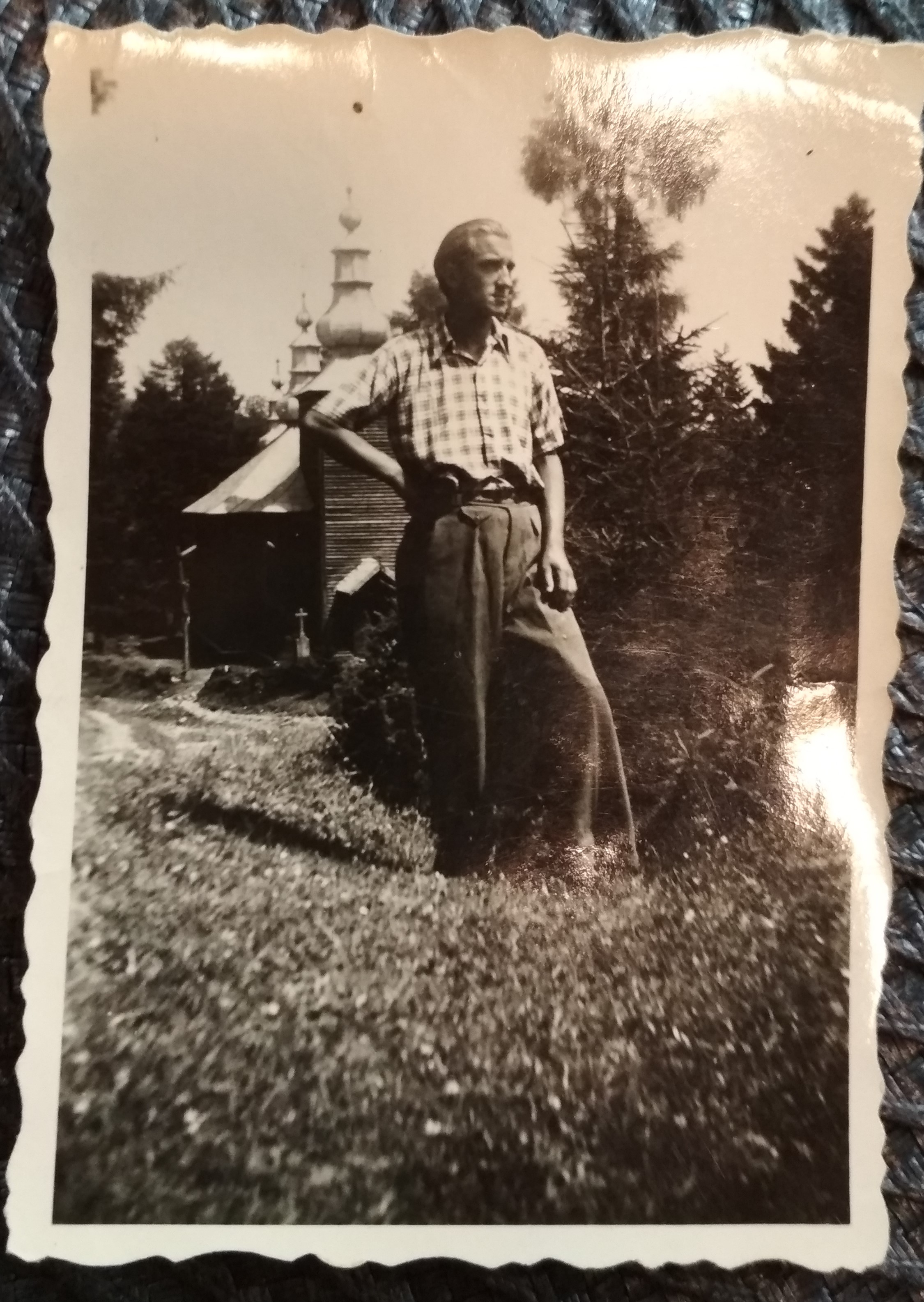 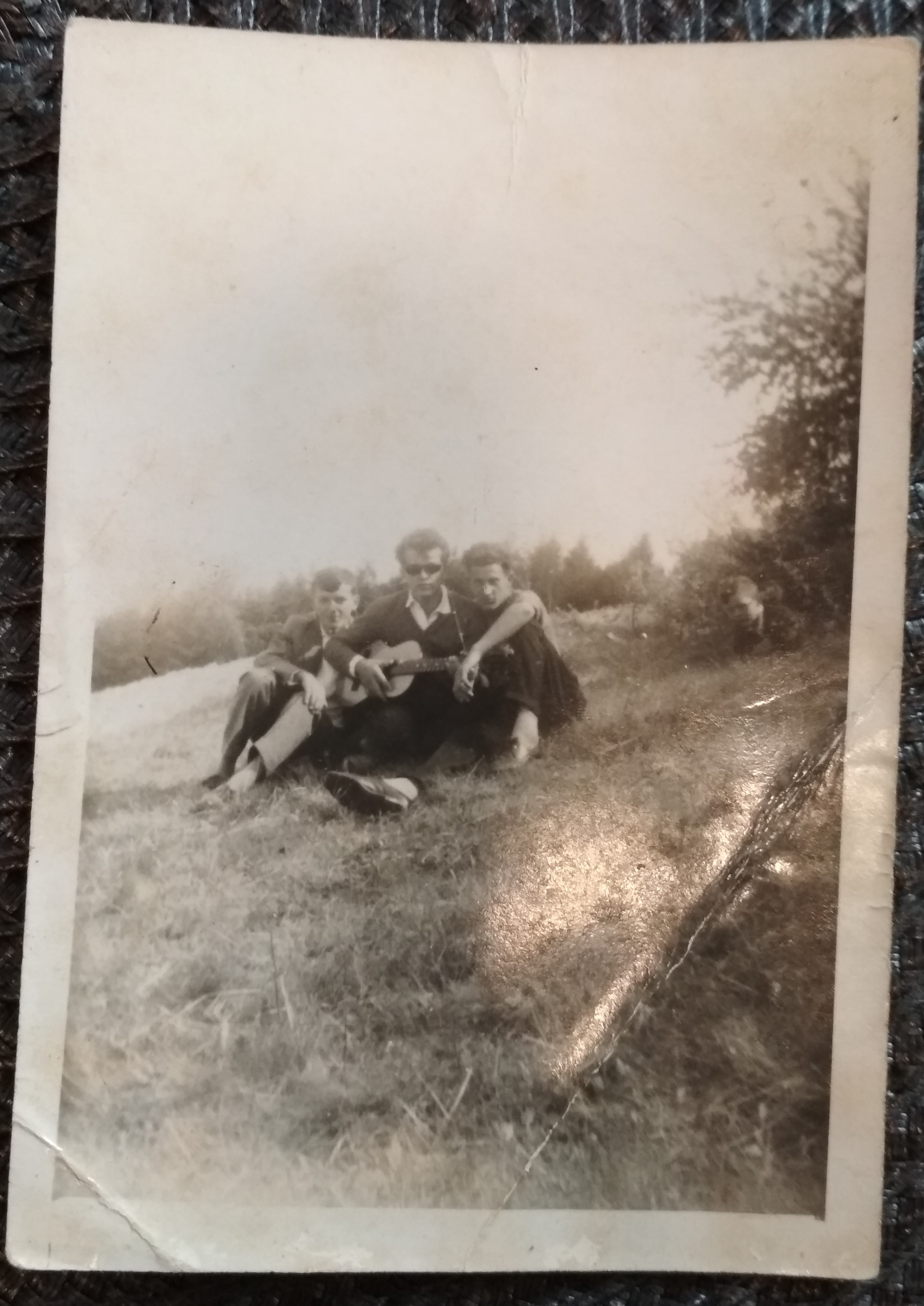 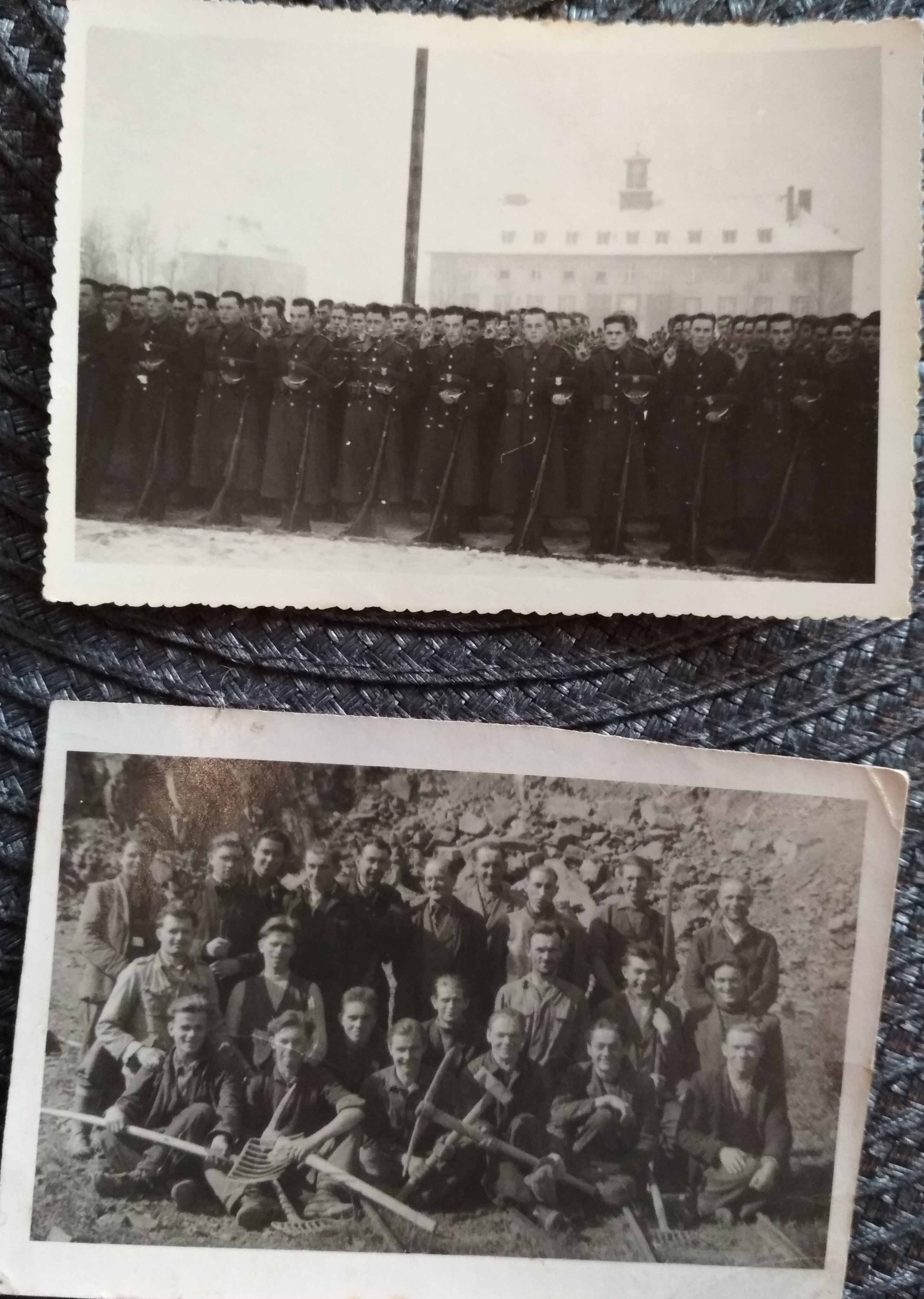 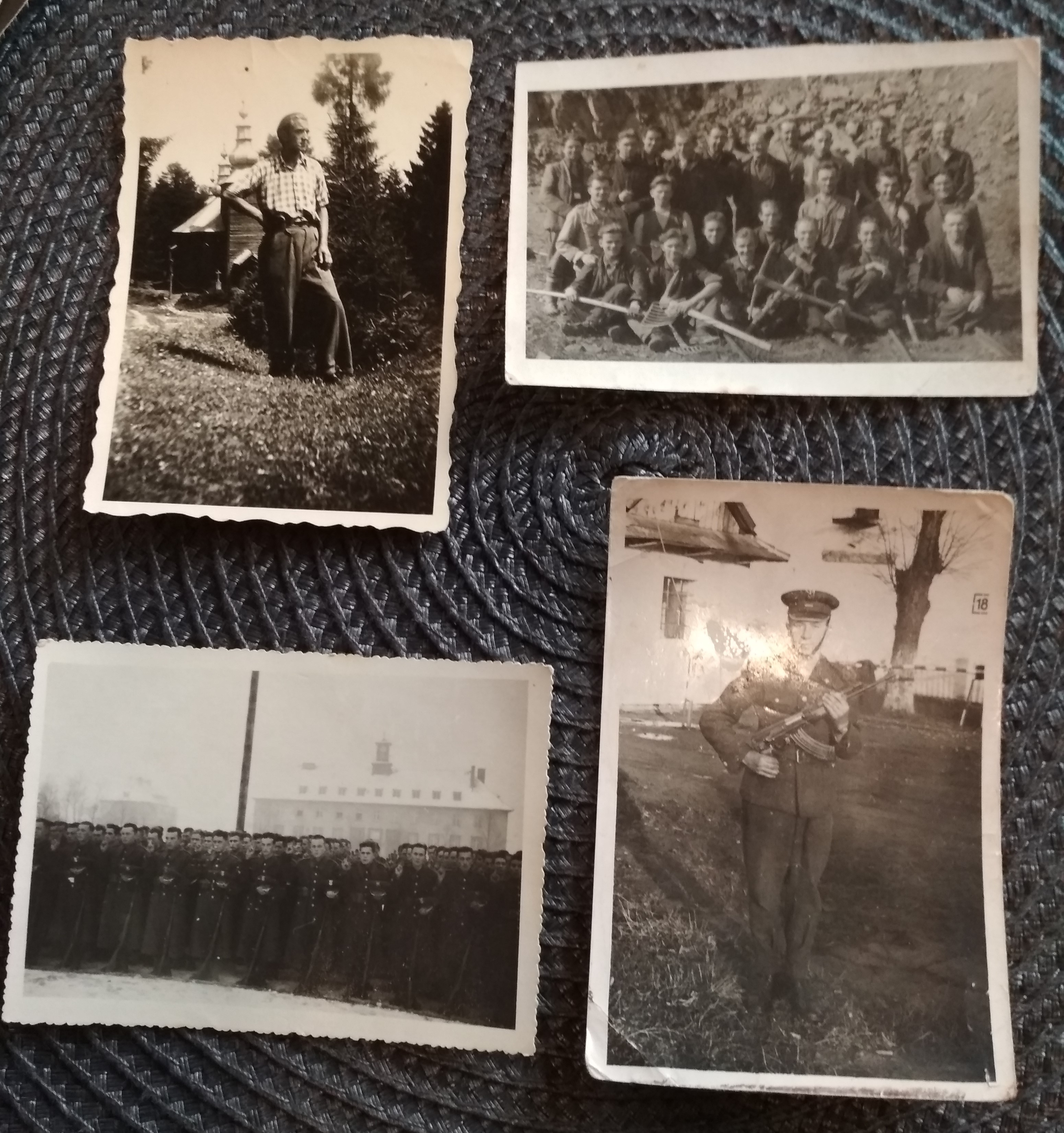 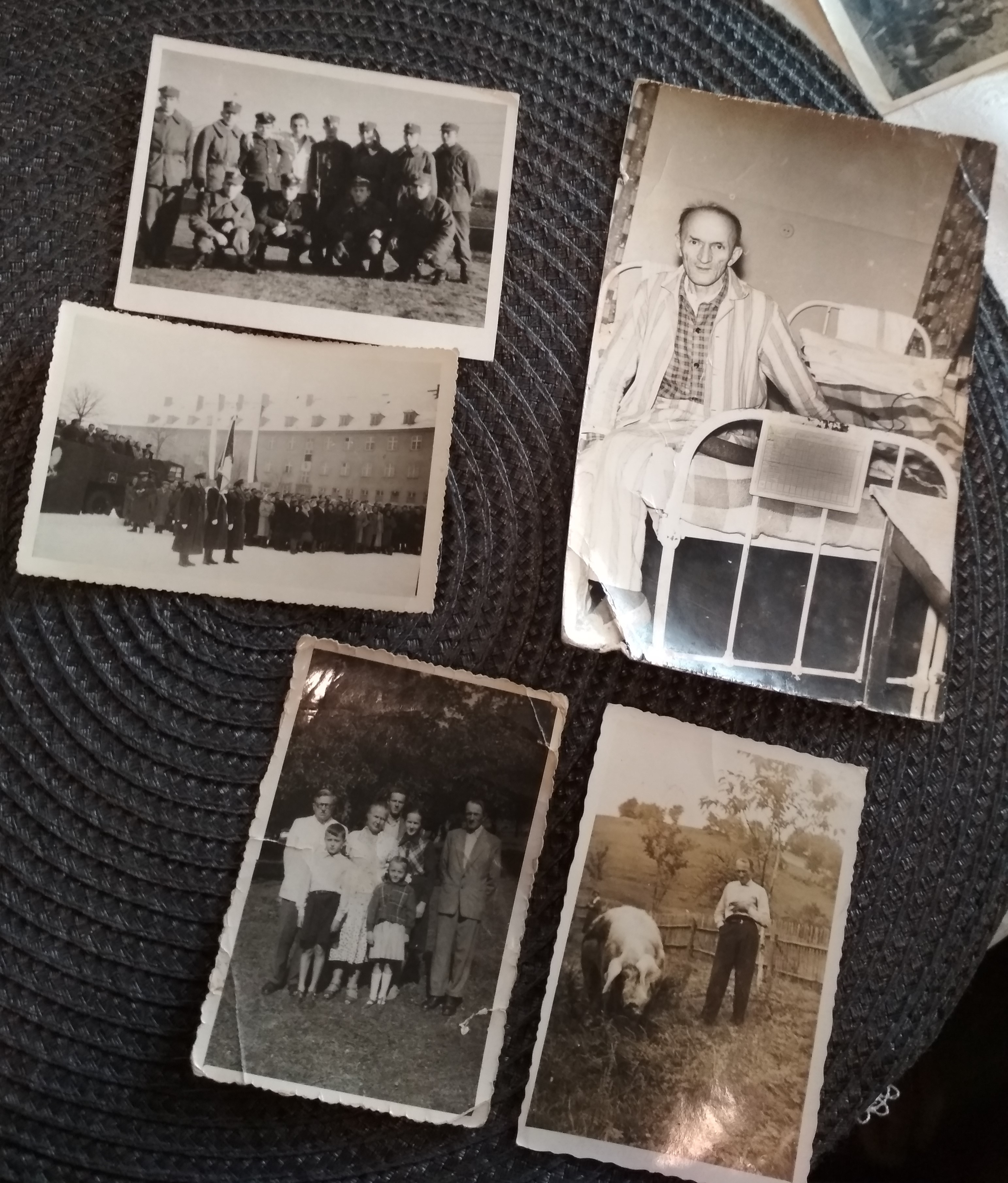 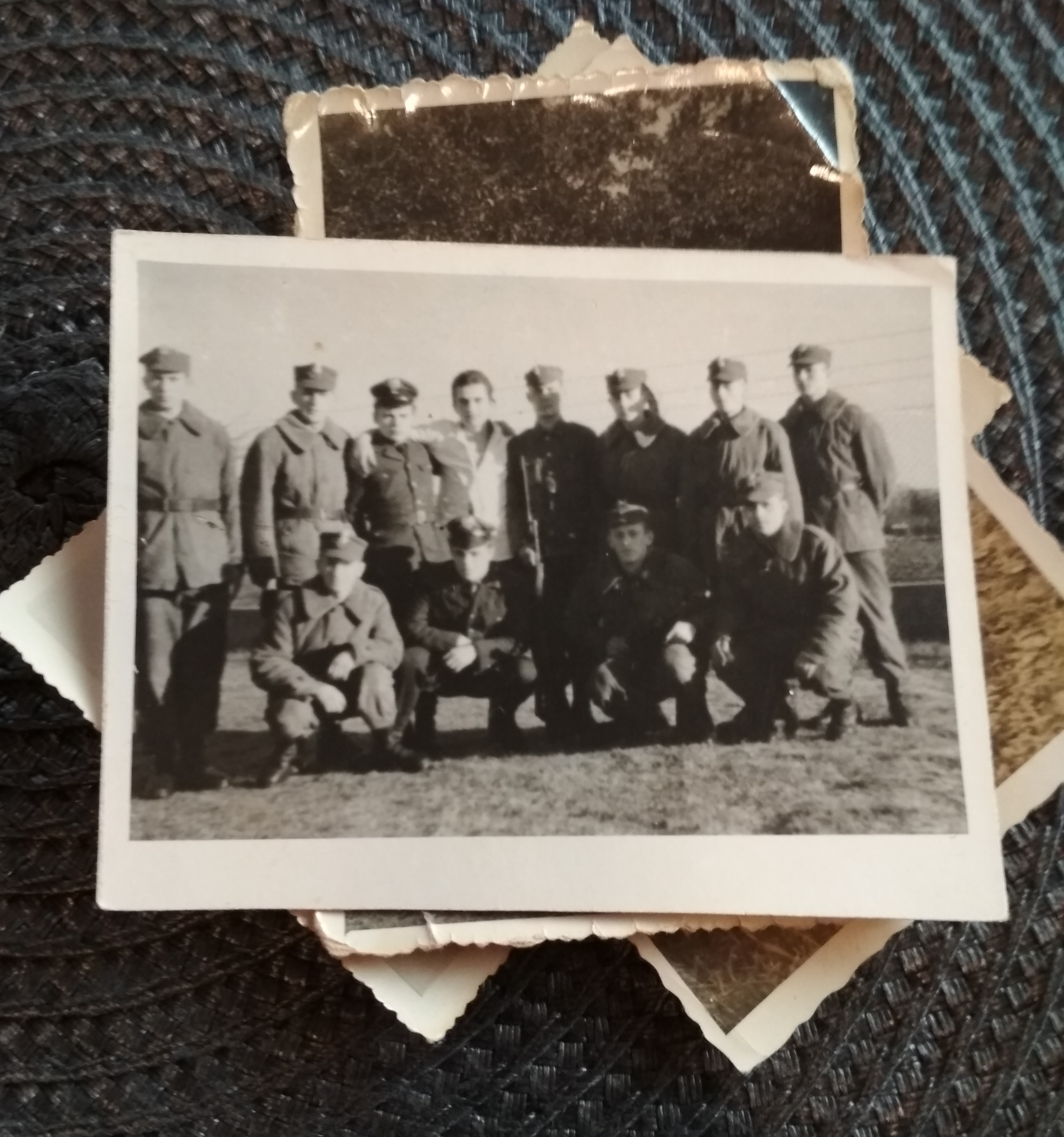 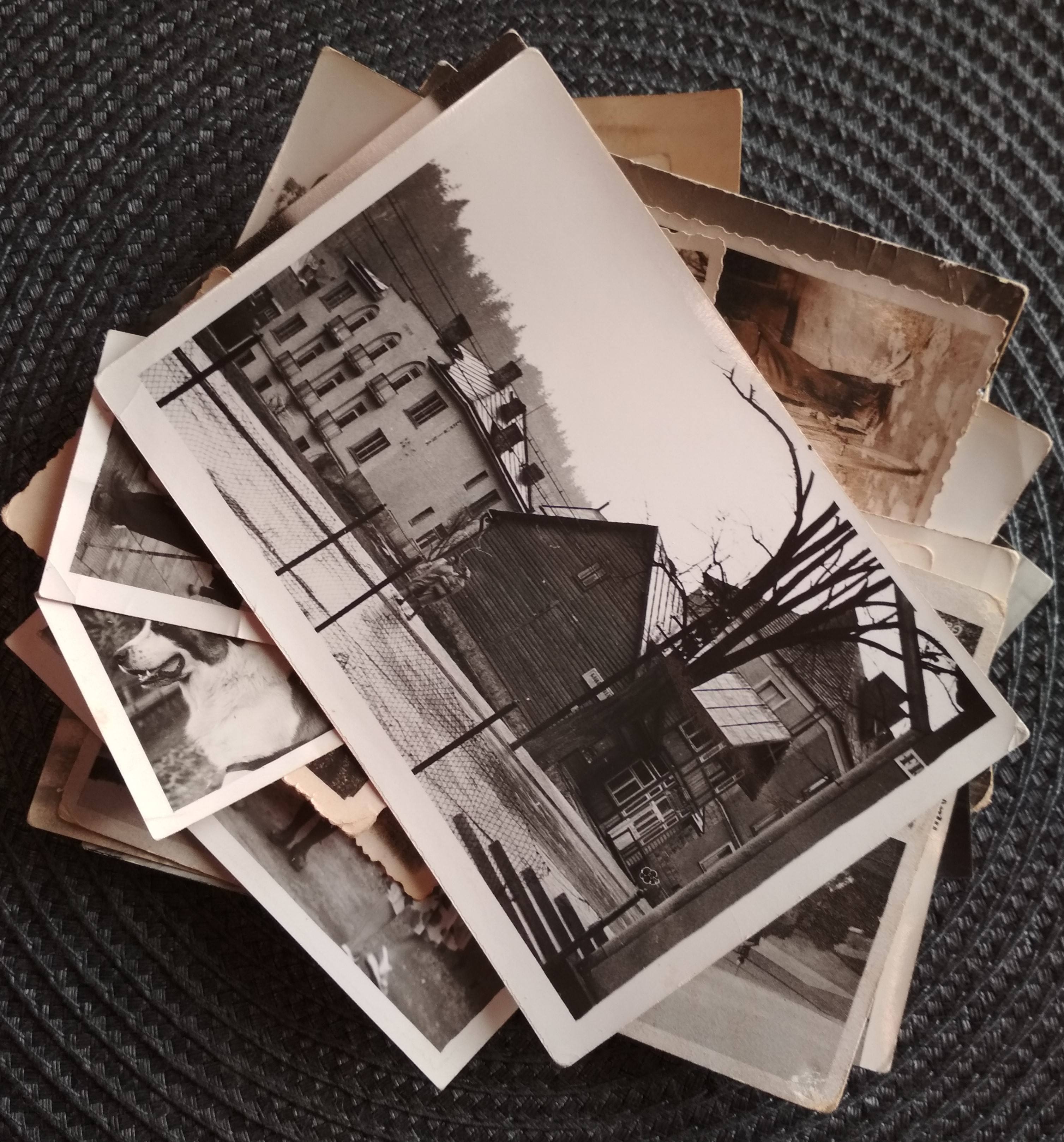 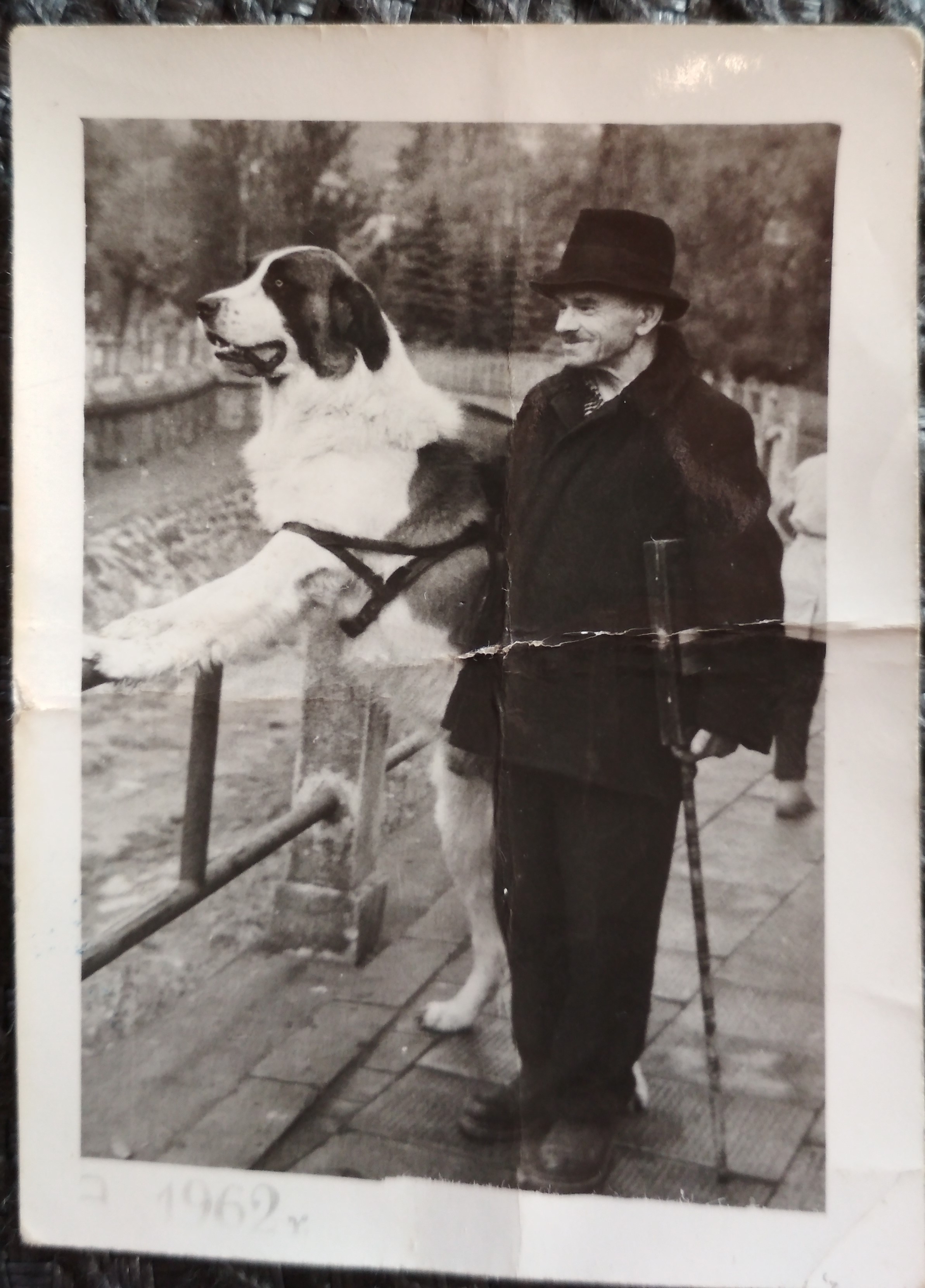 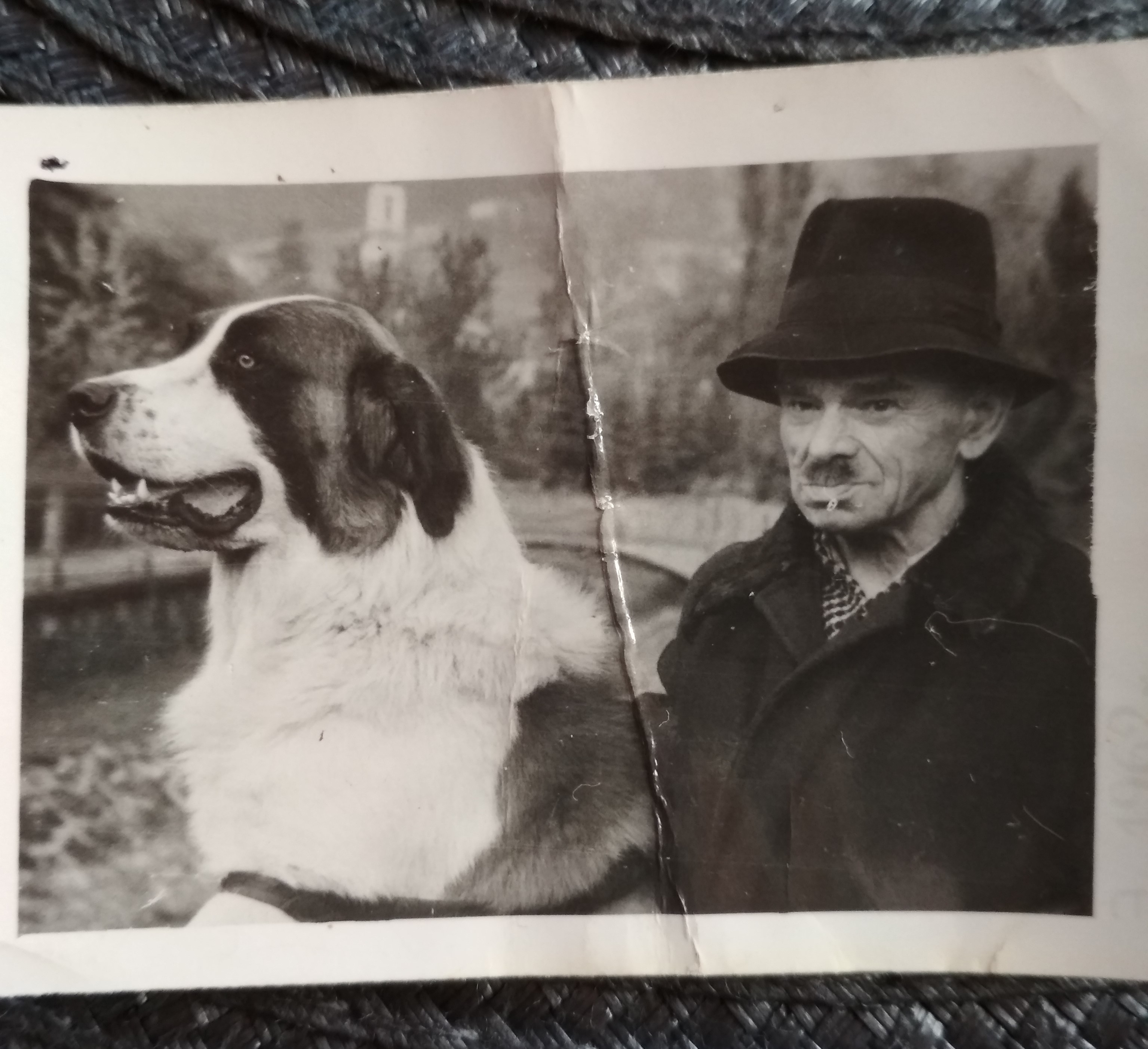