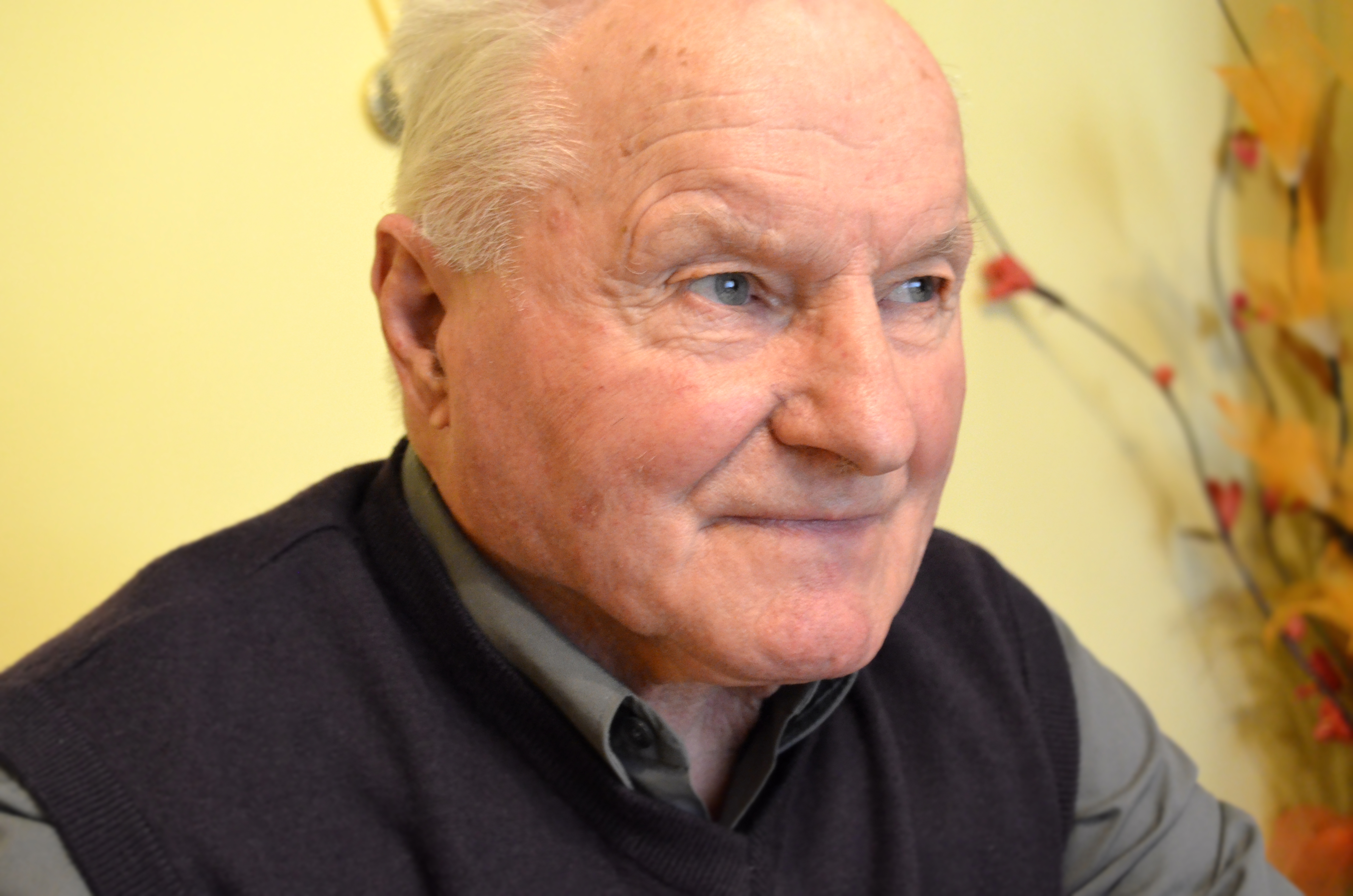 My grandfather (in the middle row, third from the left) with other boys during the time in SP.

The oldest member of my nearest family, my grandfather Józef Boba, was born on 26th December 1932 in Polanka Wielka. Together with his family, he was resettled to another town in 1940. He lost his father on 9th January 1942. His father died in a labour camp which he was taken to by force because he had refused to give away his brother. In 1948 Józef absolved two months of training at the “Służba Polsce” (a post-war paramilitary organisation for young people). In 1950 he was called up for compulsory military service and served 2 years as a sapper. In 1959 he married Maria Bratek. They had four children: Maria, Zofia, Bogdan and my dad Jerzy.

Memories of the past I am 83 years old. I was born in Polanka. My parents’ names were Franciszka and Jan. And your name is Józef Boba. My name is Józef Boba. I remember the war very well. I was seven years old then and I went to school already. I don’t remember when exactly the war broke out. My dad’s friend often came to visit us. They would talk about war, about displacements. I listened to it all. Then I woke up at night because I was so scared. Then one day I saw a plane flying over the fields behind the houses and shooting. They said the war had begun. Maybe it had begun even earlier and I just didn’t know. Later, when I was grazing the cows along the road that led through our field towards the pond, I saw a couple of soldiers. They came up to me. They tried to talk to me, but they were speaking German. I didn’t understand them. They photographed me and went away. Then the displacements began. In the morning, a small horse carriage arrived at our house. In the beginning, such carriages were still provided. What were we allowed to take with us? We took the beds, the blankets, some clothing and a cupboard. They didn’t allow us to take any more. Neither the wardrobe nor anything else. An axe stood nearby, so I took it, but one of the soldiers grasped it and forced me to leave it behind. They took us to a small house in Bielany. It was half brick and half wooden. There were only two rooms. In the other room, the brick room, lived a mother with her daughter, who worked as a tailor. We were given one room and they were given the other. We didn’t live there long. Once my father and I went to our neighbour for lunch and then some military policeman came to get my father. Mom showed up immediately and I couldn’t come along with dad, but I saw everything. They took him away and he never returned.

Then, the “Służba Polsce” was founded. It consisted of boys and girls aged 13 to 16. The participation in the meetings, several hours a week, was obligatory.

What did you do there? They taught us how to shoot, what a gun is made of. It was kind of a preparation for war, because everybody thought that another one would come. Did you go to school again already? No, I didn’t. So you didn’t go to school even after war? I did. Right after the war I went to school again. I finished four classes. Was this before you went to SP, or after that? It was before I went to SP. So when the war was over, you finished school first. Yes, I finished four classes, then my entire grade left school. I didn’t go to school anymore, because I had to work on the farm and help out my mother who was left alone. That’s why I only finished four classes. Later on, I finished seven classes in evening courses. So I went to SP. The girls also had to absolve a two months training and some practical works. I was taken away to the Grabówek district of Gdynia for two months. We had some training there. We lived in tents and had to keep watch. We were given machine guns. They were long, but damaged. Holes had been drilled in the cartridges so that we couldn’t shoot them. Did you have to go to SP? Your mother was left alone, your dad was gone. Did you have to leave her behind? Yes, I had to. My mother tried to hold me back in Bielsko, because that was where we departed from, but she didn’t succeed. So I spent two months away with SP. Then I came back. I had already completed 18 years, so I was taken to the military for two years. I was sent to Tczew, to a sapper unit.

In winter we lived in the barracks, in summer we went to military trainings. Once, we had to cross a river with a tank. This was the kind of classes that we had there. Or we had to camouflage landmines and some others followed us and defused them. I spent two months clearing Hitler’s bunker in Kętrzyn of mines. Sometimes we just brought the mines outside, sometimes we defused those that others hat brought outside before. Or we brought them to another place and destroyed them there, but someone died in the process, because one of the mines exploded. We used TNT and primer. They gave us safety fuses. With such a fuse, it takes a minute for one centimetre to burn. We cut them in order to escape from the explosion. Every one of us, the whole platoon, was supposed to blow up one mine each. We stood next to the mines and lit up the fuses on command. We lit them up and escaped. This was how we destroyed the mines.

Later I worked in agriculture. I met a girl and got married. I moved to her place and built a house on the plot. Then I found a job in the chemistry plant in Oświęcim and worked there until I retired. Today I am 83 years old and… I’m alive.