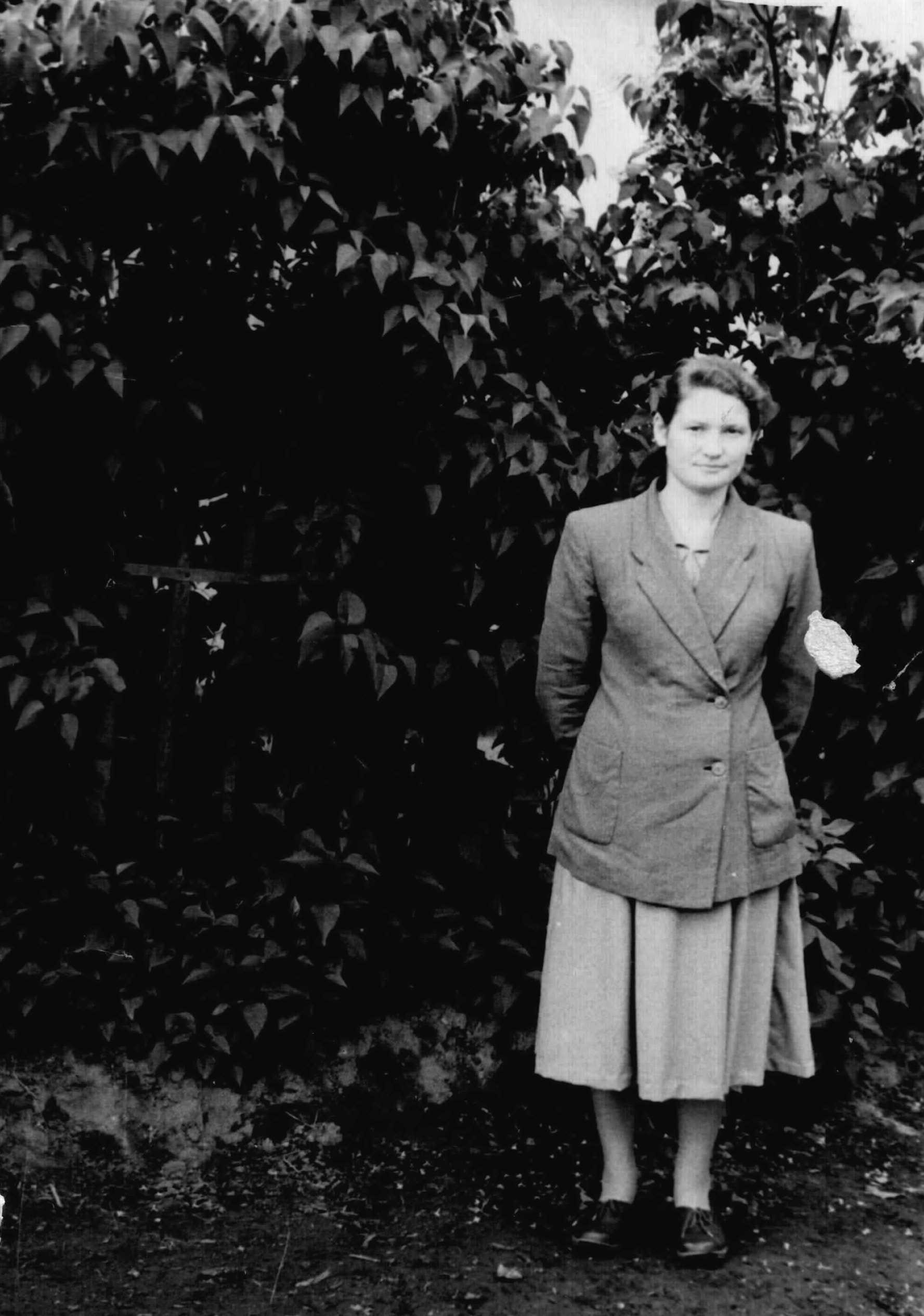 She was born in 1939 on the 16th of January in Novomykolayivka, Zaporizhzhia region,Ukraine. The beginning of the Second World War came when Nadiia was not yet one year, but the worst memories are connected with the post-war times, a famine of 1946-1947. In 1947 her mother died and stayed alone with her brother in care of her grandfather. In 1954 Nadiia finished elementary school. In April 1969 she was married with Volodymyr Samoilenko.

I was born on the 16th of January 1939. My name is Nadia Vasilivna Loboda.

Please tell us about your childhood, family, parents, who they were, what they did. Everything that you remember and what you find to be of interest.

Well, I remember my mother was a dairymaid, on a farm, my father was in the army at that time.

I had a brother Kolya, a year younger than me, granddad and grandmom. Since the beginning of the war we all lived together.

Please tell us about the beginning or rather the end of the war?

I do not remember the beginning, but I recall a day when retreating German troops burnt our houses down. Our granddad took everything out, our clothes, us and our grandmother to the middle of the yard, for us not to burn inside. When the fire was getting close to the end of the street where we lived, granddad took an icon, started to pray, walking around the house, praying God for it to remain untouched and our area did not get on fire. Everything around us was burning but the fire did not reach us and we had a place to live.

Were any relatives of yours repressed? Before the war or during the German occupation?

No, we didn’t have any. My father was in the Red Army, so no one was repressed.

What do you remember about life after the war, what are your strongest memories?

After the war people lived in poverty, sowed fields. We had a cow, mom as well as other people used the cow to plough fields and reap harvest. There was no agricultural equipment, only cows. Late at night we would get home from the field.

Earlier you’ve mentioned that people from other places came to the village during the war. Could you tell me more about it?

Both after and during the war people would come from Donetsk to exchange whoever whatever had for food. If anyone wanted their clothes, they would leave it. Begging for a piece of bread, they were ready to give away everything, whatever it took to get food.

And how did they get to your village?

They walked, walked through the entire area in search for food.

Could you tell me more about the emotions, how did you and people feel at that moment?

Our people were very compassionate, helping them with whatever they could. We felt sorry, gave them food if could, they kept walking around starving, life was very difficult after the war.

Please tell me more about the post-war recovery of the village.

Well, after the war there was a primary school, I went to the first class. The school was in a house, two rooms: tables instead of desks, chairs. We sat there, listened to teachers, did home assignments. Then in 1946 locals built a school. It was an 8 year school and it still exists.

Oh, we had to walk to school I think about 4-5 km through fields!

Tell about hunger, I understand it can be difficult, but maybe what was known to the world about the post-war famine in the USSR?

We had a cow but couldn’t feed it and mom’s sisters took it away.

You mean your aunts?

Yes, my aunts, our grandad also had a cow and I remember we’d take it to a field by the river. It was early spring, March, the new grass was just popping out. It was the only food cows had and then we had milk.

So your aunts took the cow, what about you?

Well, they took it, but it could not survive. When butchered, there was nothing left of it, even the bones were thin.

Why they did not take you?

Well, who needed us? They took the cow, our mother passed away, we were left on our own.

We lived in poverty, same clothes were used during the day, at night, and as a blanket.

There was an apricot tree down the road with a well where people took water. We were staring out of the windows, of course we had nothing to eat. Then neighbors noticed us and found our grandfather, the father of our father and told him: “Take the kids, they are swollen with hunger.” I remember those days very well. It was in spring, the tulips blossom very early, we would run into the garden barefoot and pick tulip bulbs thinking those were onions. That’s how we survived. Then grandad took us to his place. He had a cow, we would herd it, there was milk. Granddad would give us a handful of flour, we’d cook it with milk. Gosh, we licked the plates up.

And after the war… I really don’t know how people were managing to survive. In towns they could work, but in villages… Seasonal works… People were leaving villages. In town you could at least get a free 100gr of bread per day.

Please tell me more about how your father and grandfather helped you?

It was my mother’s father who helped us, we all survived thanks to him. In 1946 he passed away, grandma passed away. There was granddad’s son. Granddad said he was in charge of a collective farm. When the war began, he took the cattle and left so that Germans wouldn’t have taken hold of it. When it all was over he came back. I don’t know, I guess he had to return the cattle.

Tell me please what was the attitude of locals to the Soviets and Nazis? Was there any difference?

I can`t tell you, don’t remember, we were little kids. After the war we started going to school and it was under the Soviet government.

So the attitude towards the Soviet government was usual?

Could you please tell me about your life after school, after you have finished 7 classes?

We had a 7 grade school and a primary school: grades 1-4. There was one teacher responsible for the first four grades and a few children in the village. Then I had to go to a middle school in Chaplino (school #52). In 1954 I finished 7 grades.

So you had to move to a different village?

Yes, we moved from Novomykolaivka to Chaplino, dad joined us after the war, he worked at a farm, we were fine, had a couple of cars, even though we don’t live as well now. Later we also had 1 or 2 cars, but they belonged to a collective farm. Our father worked there and we lived well.

Could you please tell me how life after the war was different, was it better back at the beginning of 50ies?

Well, of course, in early 50ies we lived better, people were dressed better, our family lived better. You could work, live, work.