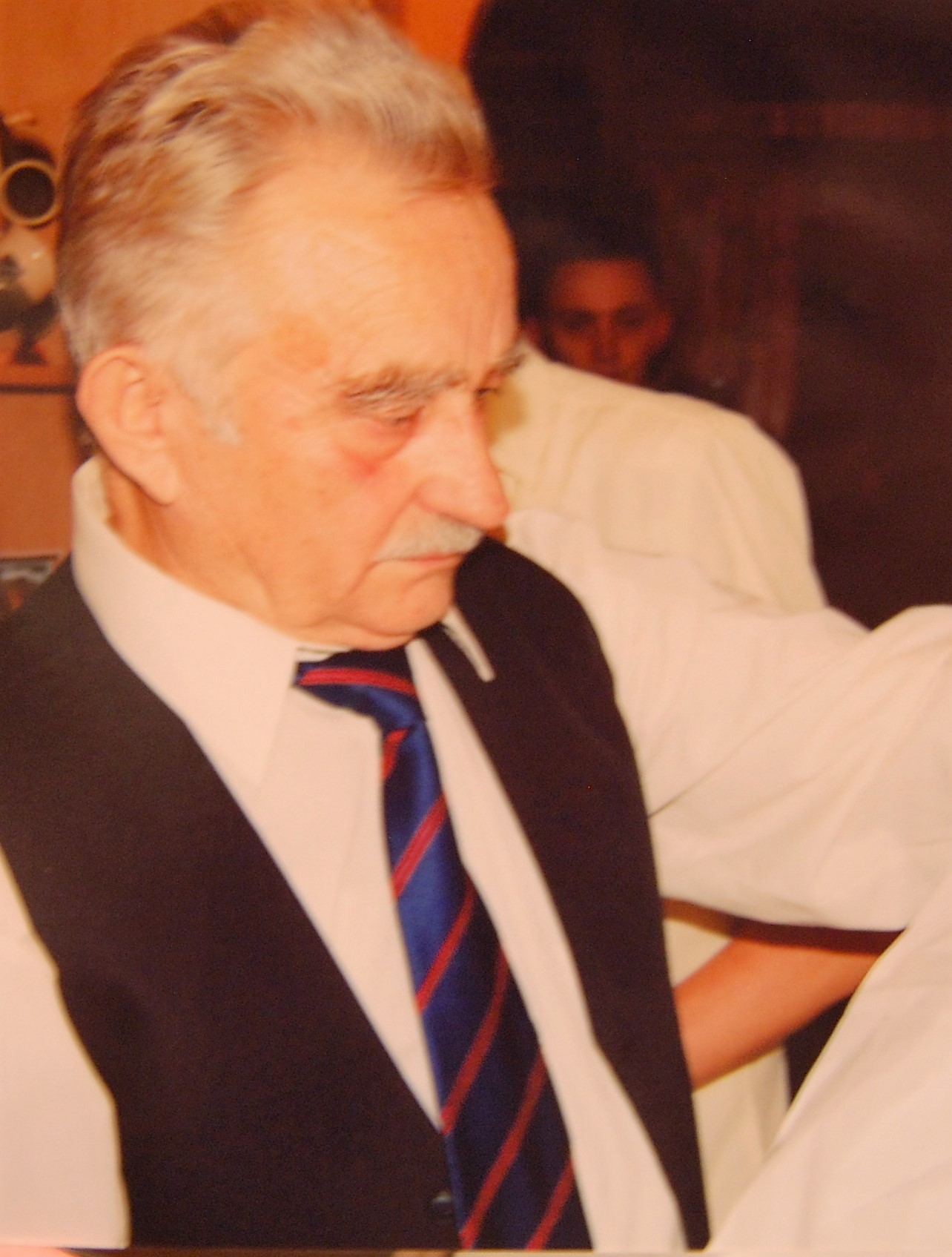 Stanisław Iwach was born in 1935, in Tarnopol, within the Eastern Borderlands. He was one of the 7 siblings. In 1944, when the hatred of Ukrainian people towards the Polish people started, his family was forced to leave their place of living and move out to the West of Poland (regained lands). On August ’45 they officially started their new life, in the new surrounding. We, as the family, still leave in the house, which my great-grandfather chose among the free houses in ’45

Tell me about the place where you were born.

I was born in the Eastern Borderlands, in the Tarnopol voivodeship, and I lived there with my parents and siblings until I was 9 years old. Because of the invasion of the Russian army, my father was forced either to sign the papers that would change our citizenship from Polish to Russian or to leave our village and go to the so-called Recovered Territories. My father refused to sign any papers as he was a patriot through and through and he decided that we would all move to Poland. That was in the year 1945. During the years 1944 and 1945 the UPA [Ukrainian Insurgent Army] was taking actions against Polish people who lived in the Eastern Borderlands. This was happening in a few voivodeships which were officially Polish, but it was generally thought that they belonged to Ukraine. These UPA groups were murdering Polish people. The Poles had to hide away, because all these crimes were committed at night. The UPA was invading houses and kidnapping Polish people. Later on, they did it even in broad daylight. They were burning entire villages, but only if they were Polish. If a village was half Polish, half Ukrainian, just like ours, they could not burn it just like that, because they would also harm their own people, the Ukrainians. This is why in our village the UPA was dragging all the Polish people behind the barns and drying chambers where tobacco was being dried. Those drying chambers belonged to the farmers who had [tobacco] plantations. The Ukrainians were taking Polish people there, pouring fuel over them and setting them on fire. My parents and I had to sleep in potato and corn fields because we were afraid they would come to get us. But the worst thing was that all the murderers, all members of the UPA, had been our neighbours with whom we lived and went to the same classes at school.

Did your parents take any steps to protect you, your siblings and themselves?

In 1944 we moved away from our village to the city where my sister was working in a school. My parents took me and my siblings there. They were only returning to our village to take care of the fields, but me, my sisters and my brothers were attending school. I was in the first grade of primary school until my father decided that we were leaving. We packed our things and headed to the Recovered Territories. We were traveling in cattle trucks. We were on a journey and did not know where it would lead us. In the beginning we were told that we only needed to leave our village for a couple of months, that the situation would calm down and we would be able to go back to our village. Of course it turned out to be impossible. Nevertheless, we were really lucky, because the journey was not very long. The transports usually lasted for two, three weeks, but ours lasted only a few days. In August 1945 we arrived at the railway station in Brochów, which is a part of Wrocław. There we were stopped.

What is the reason we live in Wysoka now? Did great-grandfather buy the house or was it assigned to the family?

The heads of the families were told to go and simply look for any empty houses. My father found this house in a village called Wysoka. Back then, German people were living here. Actually, the Germans were everywhere, as well as the Russians. The Russians took over many of the buildings and the Germans took the farms. My father liked the Wysoka village. Our whole family lived in one room with a kitchen. There were three rooms – one was ours, and the two others were inhabited by a German family. The Germans lived with us until 1947, when a new law was created and all the Germans were resettled back to their country. We were left on our own, the whole house for our family only. Of course my siblings and I attended school and gained a proper level of education. My oldest brother was working in the smithy and my sisters were working in the sugar mill, which was in Klecina, very close to our house. We lived there and my parents were running a farm and later a gardening estate.

What about your education, job and further life?

I graduated from high school and then from a printing school. I worked in “RSW Prasa, Książka, Ruch”, which was the biggest printing and publishing house back then, for 30 years until I retired. Of course I got married in 1959 and set up a family. I have four children: two daughters and two sons. I have a great family right now, my grandchildren and great-grandchildren are amazing. All of my children gained proper jobs. I have twelve grandchildren, six grandsons and six granddaughters, exactly half by half. Everything is very good and we still lived in the same house that I entered so many years ago with my parents. We just expanded the house and built two more of them, so that we can still live together as a family. I lived here with my wife, we had a farm. Our children, as I said, built houses for themselves. Now I am alone. I was married for over fifty years, but then my wife got sick. It has been 5 years since she is not with us anymore. And I am the village mayor, it is actually the sixth time that I won the election. I work with people, who put their trust in me. My father was a mayor as well. Quite recently, there was an interesting situation. The Germans that used to live with us at the very beginning visited Poland and they came to our village. I was not at home then, so my youngest son was the one to talk to them. They asked him what his father was doing, so he told them I was the mayor and my father had been a mayor too. The Germans told him that he would have to become mayor as well, because the house we live in is the Bürgermeister’s house [German word for mayor]. For now, I am still mayor, everything is perfectly fine and, as I said, my family is great.